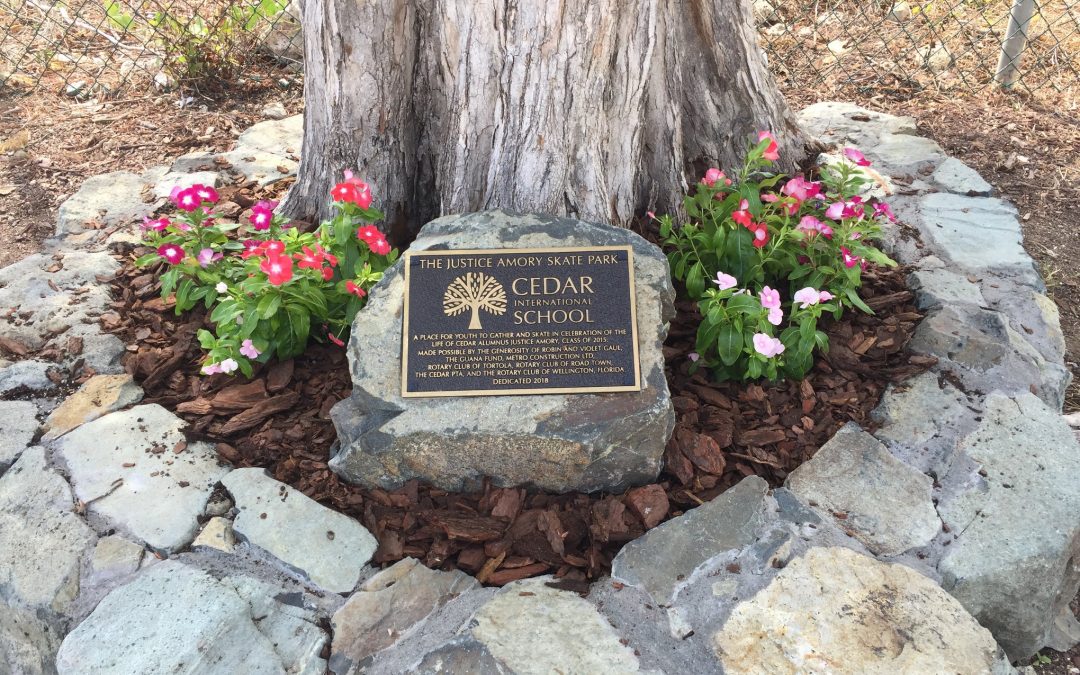 The idea to honour Justice with a skate park in his name arose when Garreth Jardine, one of Justice’s fellow graduates and closest friends, visited Cedar shortly after Justice’s funeral two years ago to ask if he could skate on the basketball court in Justice’s memory. The school’s basketball court was a place where Justice and his friends spent many hours skating when they were students at Cedar, and staff were moved that Garreth would choose to pay respect to Justice in this way.

In remarks at the dedication ceremony, Cedar’s Director, Scott Crawford said ‘The building of a skate park dedicated to Justice Amory is a special way to celebrate Justice’s life, his passion for skating, and his important place in our community. It will provide a positive and safe environment to skate for youth in the BVI. This last point is noteworthy, as there has been to this point no place dedicated for skating on Tortola, and there is always a need for more activities and spaces for teens and young adults to gather in positive ways. We intend for this park to be such a space, and will be opening the park to the wider community for scheduled clubs and open skate nights. In this way, we hope to extend the reach of Justice’s legacy, and through the solemn gesture of attaching his name to this park, position him to be associated with bringing joy and positivity to youth for years to come.’

Mark Forte, Chair of Cedar’s Board of Trustees formally dedicated the Justice Amory Skate Park, noting that ‘To represent his legacy in something as tangible and community-spirited as a skate park is a wonderful idea. Let it be for all to enjoy and to try and emulate not just some of his moves, but all the qualities that Justice stood for.’

Donors who made the park possible were recognized and thanked, including Robin and Violet Gaul, The Guana Fund, Metro Construction Ltd., Rotary Club of Tortola, Rotary Club of Road Town, PTA Cedar International School, and the Rotary Club of Wellington, Florida.

At the conclusion of the ceremony, several guests stayed to skate in Justice’s honour. 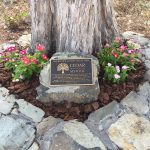 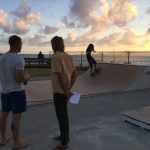 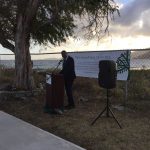 Deputy Premier and Minister of Education and Culture Dr. the Hon. Natalio D. Wheatley offers remarks at the dedication ceremony for the Justice Amory Skate Park. 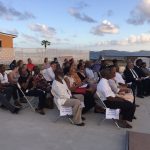 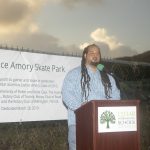 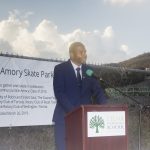 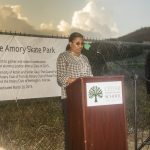 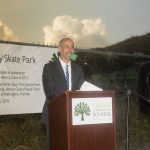 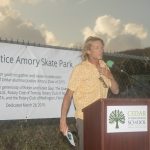 Cedar parent Alex Dick-Read, who advised on the design of the park, offered remarks at the ceremony. Photo Credit ©Compton Lindie 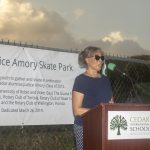 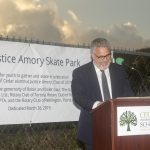 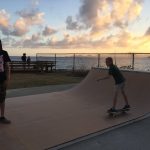 Garreth Jardine (Class of 2015) and Barnaby Killourhy (Grade 5) enjoy a moment of skating in Justice’s honour at the conclusion of the ceremony.