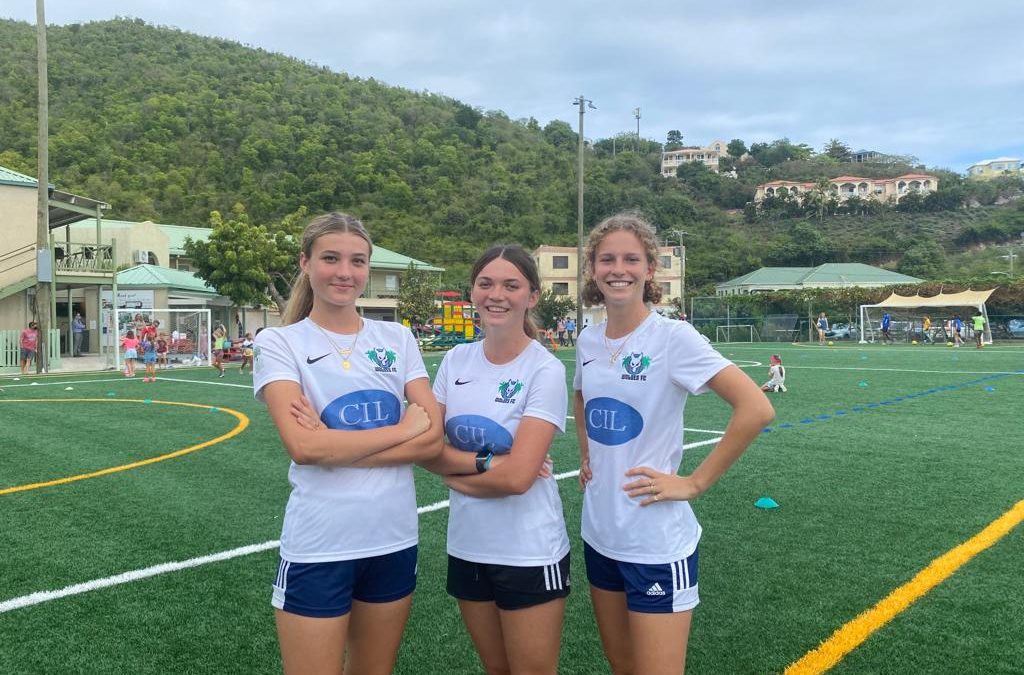 As the BVI National Women’s Football team head to Honduras to represent the BVI in the CONCACAF World Cup Qualifiers, you may notice a strong Cedar presence in the team.

Three current students have made the grade. Darci Reich (Grade 11), Gabrielle Jermyn (Grade 11) and Zolita Bamford (Grade 10) have all shown the requisite skill and have been selected to represent their country, a fantastic opportunity borne out of hard work and commitment to the sport.

In addition, Cedar graduate Kiara Woodley (Class of 2021) and former students Olivia Messum, Zariya Smith and Ariel Mohamed have all been selected. The 22 member team will be captained by Ariel Mohamed as they come face to face with Cuba and Honduras in the Qualification round.

Cedar’s resident football coach, UEFA (A) qualified John Reilly expressed pride and confidence in the girl’s abilities. “I have great confidence in them. They are technically very good. Their work ethic is excellent. Being selected to the national team is a great reward after all their hard work and dedication, especially with all the challenges they have faced through COVID.”

Although just 16 years old, the current students have already gained valuable competition experience having played for the Wolues FC in the Women’s BVI National Football League last year. They were the youngest team to compete and went undefeated to win the league with Darci Reich winning the League’s MVP award and the golden boot.

The players have benefited from expert coaching through Cedar’s sports programmes and after school clubs, the BVIFA, as well as the fantastic volunteer led coaching sessions provided on Cedar’s campus by the Manatees FC on weekends. Indeed some of the players have attended the Manatees sessions since they were 3 years old!.

A significant factor in youth development for the Women’s game has been an initiative first set up by Coach Reilly called Soccer Sisters, providing high school girls female only training sessions which proved very popular. Luca Reich (Cedar Class of 2021) then set up a programme for younger girls, noting that many were dropping out of football when they reached 8 or 9 years old. Darci, Gabrielle and Zolita have continued this legacy and provide training for young girls every week, both giving back to the next generation while developing leadership and coaching skills.

Scott Crawford, Director of Cedar International School stated ‘We wish the team the very best of luck at the Women’s World Cup qualifiers. Although luck is really where preparation meets opportunity, and through their hard work and dedication they are certainly well prepared for this fantastic opportunity.’